What an AWESOME weekend.  I swear, I feel so lucky most days.  And, even luckier to have a short week this week!

FRIDAY
On Friday night, I finally did something I’ve been talking about for a WEEK. I JOINED A GYM!!!!   I know that as I move into Chapter 2, I’m going to need to get this body moving.  Especially, as I look to maintenance.

So, how often have I gone?  Well, I’ve gone for the past THREE days in a row!  Woo hoo!  My goal is to start by going THREE times every single week.  I think it’s a fair first goal.  We’ll see where it goes from there!

SATURDAY
After my morning trip to the Y (doesn’t that sound great??) I spent the rest of my day planning for a dinner party!  I had several of my close friends over this weekend to celebrate birthdays.  I love a great excuse to cook and make something tasty.  For this dinner, I made chicken, steak, and veggie kabobs.  We paired that with a tasty salad and a veggie tray appetizer.  Delish!

My friends are so nice and supportive of my healthier lifestyle.  They get that eating healthy is what I need, and that it’s probably better for all!

We did have a fun wine this weekend I thought to share.  Since it was the big BREAKING DAWN weekend (no, I haven’t seen it yet), one of my friends picked up a bottle of Vampire Cabernet.

Seriously, it was really good!  If you have any sort of True Blood or Twilight party coming up…  pick some up!

I also got creative with desserts with a little something that involved these guys… Stay tuned.

And, as a warning, this dessert was NOT Jenny-friendly, but it did have portion control in place.  The recipe is CRAZY good though, so I’ll share it with you tomorrow.  Get ready to drool.

SUNDAY
After a little too much wine last night, I found myself at the gym again in the morning, and then off the the movies!  I had planned to meet up with a friend of mine today, and initially had considered lunch and movie.  However, I ate out on Friday and ate extravagantly on Saturday.  It seemed like a better idea to just have coffee.

We met at Starbucks where I enjoyed a Salted Caramel Mocha (made with 2 pumps toffee nut, 1 pump sugar-free mocha, no whip, and nonfat milk).  A much better stop rather than a full lunch, and I don’t know how much longer I’m going to be able to get my favorite drink EVER.  After we got our caffeine fix, we headed over to the theater to see this…

Ok, I had LOW expectations.  I love the original Footloose, and remakes are usually cheesy.  This one was GOOD.  SERIOUSLY good.

They did SUCH a good job in honoring the original.  The costumes, the script, everything was almost identical but taking place in present time.  There were even a few remakes of the songs from the original movie that were REALLY good.  I’m temped to buy the soundtrack so that I can get the remade version of “Holding Out for a Hero.”  Click below to hear it…. it’s awesome, and unfortunately, only available if you buy the whole album.

Footloose (2011) should be out on DVD soon.  If you’re a fan of the original, I definitely recommend giving this one a shot!  You’ll like it!

Also, tonight after the movies, this might have happened, too… 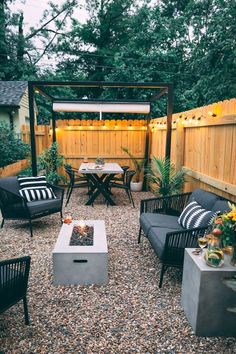