(Tapping on the mike…) Is this thing on??

February.  The shortest month of the year, and for me, the most fast and furious.  Little did I know that when I wrote my “currently” post for January… it would be the last we’d be chatting for a while.

I hope you kept up on Instagram and Facebook.  I tried to post there from time to time along the way.  It’s been a big month though… and I’ll try to catch you up! For the month of February, it wasn’t really about where I was… I mean, where wasn’t I?  Professionally, it was an incredibly big month kicking off 2017.  So where was I?  Because I sure wasn’t here blogging… There’s a new Subway at Denver International Airport… and conveniently (as though placed there just for me) it’s right outside the Southwest security lines!  I picked up a Veggie Delite for every flight I took this month. Whether lunch or dinner, it gave me some fresh veggies to enjoy instead of all the other not-so-good options that are on the other side of security!

Have you ever been to a Korean sauna?  Well, I went this month… and it was awesome!  It deserves a post of its own (seriously), but Laurel and I hit up the King Spa & Sauna in Chicago.  Such a unique (and relaxing) experience! One of my favorite birthday gifts arrived in February… and it was just perfect. An important word from my favorite book Eat Pray Love.  Atraversiamo translated means “Let’s Cross Over”… let’s do that.  Thank you, Brandi.

Getting ready for a meeting in Chicago, I looked at my hair and thought blah.  Blah!  I texted my stylist and told her that I needed a change.  Two weeks later, I was hesitantly sitting in her chair… and said, you know what, let’s do it. Close to seven inches later, I was rocking a lob.  And, I feel so much lighter!  Needed that change.  Thanks to the fabulous Meggan!!!

Tell me this has happened to you… You receive a gift, and you’re sure it’s one thing. And knowing you already have one, you try to give it to your friends that might need one.  And, consider donating it to the Goodwill.  And, then you find out two weeks later that the contents are not as they appear  (at all!) By now, I bet you’ve figured out that I have an affinity for Fiestaware.  Collecting them since I graduated college, I just love the brightly colored, multi-colored dinnerware.

During my recent trip to Chicago, I met these beautiful bistro bowls and had to add a few to my collection. They’re perfect for that big salad, or that delicious buddha bowl.  Frankly, I haven’t found anything that didn’t look prettier and taste better in one of these bad boys. And, I got them on sale + added a coupon code! This is the Jenny Craig Asian Chicken Wraps, served as a salad.  So so good… and so much prettier in this pretty new bowl.

I love gorgeous accessories, especially when you can get them at a discount.  Have you heard that Sugarfix by Bauble Bar is available at Target?  Well, it is!!  Be sure to check the line out while it lasts.  SO MANY cute pieces!!! There’s a lot about Chicago in this post… I absolutely love the “You Are Beautiful” campaign.  Spotted in a neighborhood in Chicago, I’d say you’re beautiful, Chi-Town… My Valentine’s Day was incredibly romantic.  I celebrated over a glass of rose in the Dallas airport during a three-hour layover.  And, it was a nice moment (considering)… I had my first Sprinkles cupcake this month!  On our final night in California, my boss decided we needed to have a cupcake appetizer before a team dinner. Ok, twist my arm… they had mini red velvet.  Just enough to enjoy a taste, and it was delicious!

I had a lot of fun finds this month… but two stand out. This polka dotted jacket from Banana Republic (find a coupon!) This floral choker top from Fabrik.  So cozy, and I love bell sleeves… 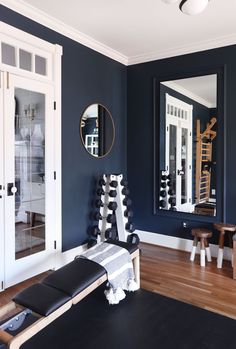 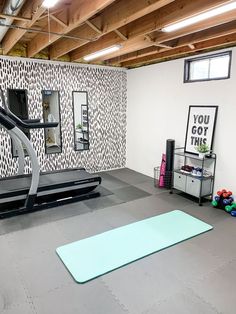