You are here: Home / My Weight Loss Story

I’m a thirty-something on a journey to transform my life through healthy living.  I’ve been on this journey since 2010, and I can truly say that it’s far from over.

I grew up primarily in the South enjoying all that goes with that – – biscuits and gravy and fried EVERYTHING.  I now live in one of the fittest states in the country – Colorado – and am doing my part to help us keep that title. My Weight Loss Journey
My journey is that of someone who has struggled with weight since I was a teenager.  The ups and downs.  Several full body transformations.  This isn’t my first try at this, but I’m hopeful it’s my last.

I’ve joined Weight Watchers more times than I care to admit.  I’ve always had good intentions about how I was going to lose the extra weight I was carrying around, but my execution of said intentions was terrible.  I weighed my least in 1999 when I graduated college at a mere 144 lbs (after a VERY successful round of WW), and my highest was October 2010 when I weighed in at a whopping 256 lbs. How does a young girl gain that kind of weight?  I’ve read a lot about emotional eating to know that I gravitate to this indulgent world.  Over time, those habits got the best of me.  From eating out at restaurants nightly on business travel to fast food to too many slices of cake, I ballooned up over time.  I’m only 5’5″, so 256 is well beyond any appropriate weight for my height and launches me significantly into the “obese” sector.

In October 2010, I took a picture with friends that shocked me.  They say a picture speaks a thousand words; this one screamed at me that enough was enough.

Even though I’d had success on Weight Watchers in the past, I knew I needed something different this time around.  I joined Jenny Craig on November 1, 2010 and was absolutely determined to lose the weight.  Jenny offered me portion control and a very specific plan, which was perfect for someone like me who had spun so incredibly far out of control.  I didn’t have a bank of points to eat from where I got to make a lot of choices.  I had VERY specific foods that would bring me success… and they did! Making Better Choices
Unlike the majority of Jenny clients, I only ate about 50% Jenny Craig food.  Working in sales, I was traveling about 75% of the time.  This travel schedule puts me on the road, in different hotels on most nights, and often far from a freezer or microwave.
Honestly, I could have opted out of the program at this point.  I could have easily made enough excuses that it justified my return to fast-food eating and overindulging.  I’m so glad that I adapted the program to fit my lifestyle and that I’ve made it work.  Did I mention I’m glad? Now that I have a new job and don’t travel as much, I love to try new healthy recipes to keep me engaged in the process.  Eating the same foods all of the time bores me quickly, so I often try low-fat, low-calorie recipes I find on the web or in cookbooks I pick up locally.  I feature a lot of the recipes I try on this blog, so be sure to try the ones I post.  I only post the ones I LOVE, of course.
Calories In, Calories Out
When I joined Jenny, I followed their plan and stuck to a 1200-1500 calories a day plan, tracking all of my food intake and exercise via MyFitnessPal.com.  To this day, I still wear a FitBit daily (which syncs my steps to MyFitnessPal.)  Prior to November 2010 when I joined Jenny, I was completely sedentary. After I started to see some success, I began moving with light exercise (mostly walks around the trails near my home) and have since become a member at a local YMCA where I sweat it off several times per week.  I participate in a few annual 5Ks, and I’ve become a self-proclaimed yoga-holic.
In addition to the food and exercise plan I adopted, one of my biggest support systems has come from blogging.  I often call this site “the little blog that could” because I seriously never thought anyone would EVER read what I had to say.  Boy, was I wrong.  My readers consist primarily of fellow “losers” throughout the country who offer me the accountability and support of dear friends.  I can’t thank y’all enough! To date, I’m down more than 60 lbs, and I feel incredible.  It’s amazing how easy it is to say “no thanks to cake” now that I’ve chosen healthy living.
If you’re looking for inspiration on how to lose weight, you may have found the right place.  Now, I’m not someone who loves carrots and has always thought working out was fun.  I’m someone who’s growing into her healthy lifestyle one day at a time. As I always say, keep reading… the GOOD STUFF is just around the corner! 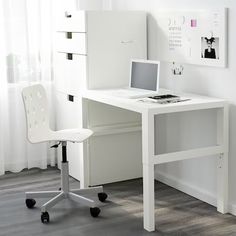 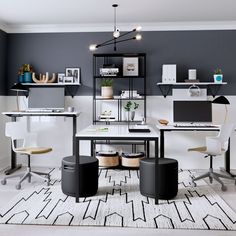 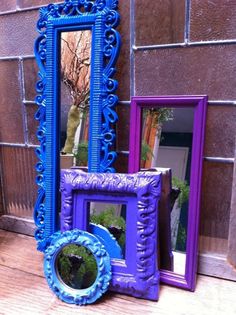