Special thanks to Jenny Craig for their sponsorship of this post.

Jicama is all the rage right now.  Not cut in strips, not in chunks, but thinly sliced as a taco shell.  Truth:  It’s AMAZING.

You can find pre-cut jicama wraps in the produce section of your local Trader Joe’s or Whole Foods, or you can buy a whole jicama and slice it thinly with a knife or a mandolin slicer.  Slicing your own is a little more economical, and honestly, a little fun.

You don’t have to cook the jicama once sliced.  You simply load them up with your favorite ingredients.  Jicama itself doesn’t have much flavor, but what it does bring to the table is a ton of texture.  They give your tacos a crispy, crunchy taco flavor… with none of the calories that come with the flour or corn varieties.

Seeing all these jicama tacos on social media inspired me to take one of our very own Jenny Craig dishes and transform it into tacos.

Since I had my mandolin slicer out to cut the jicama, I thought I’d pull out another fun kitchen gadget – – my spiralizer – – to make these carnitas tacos into carnita fajita tacos! 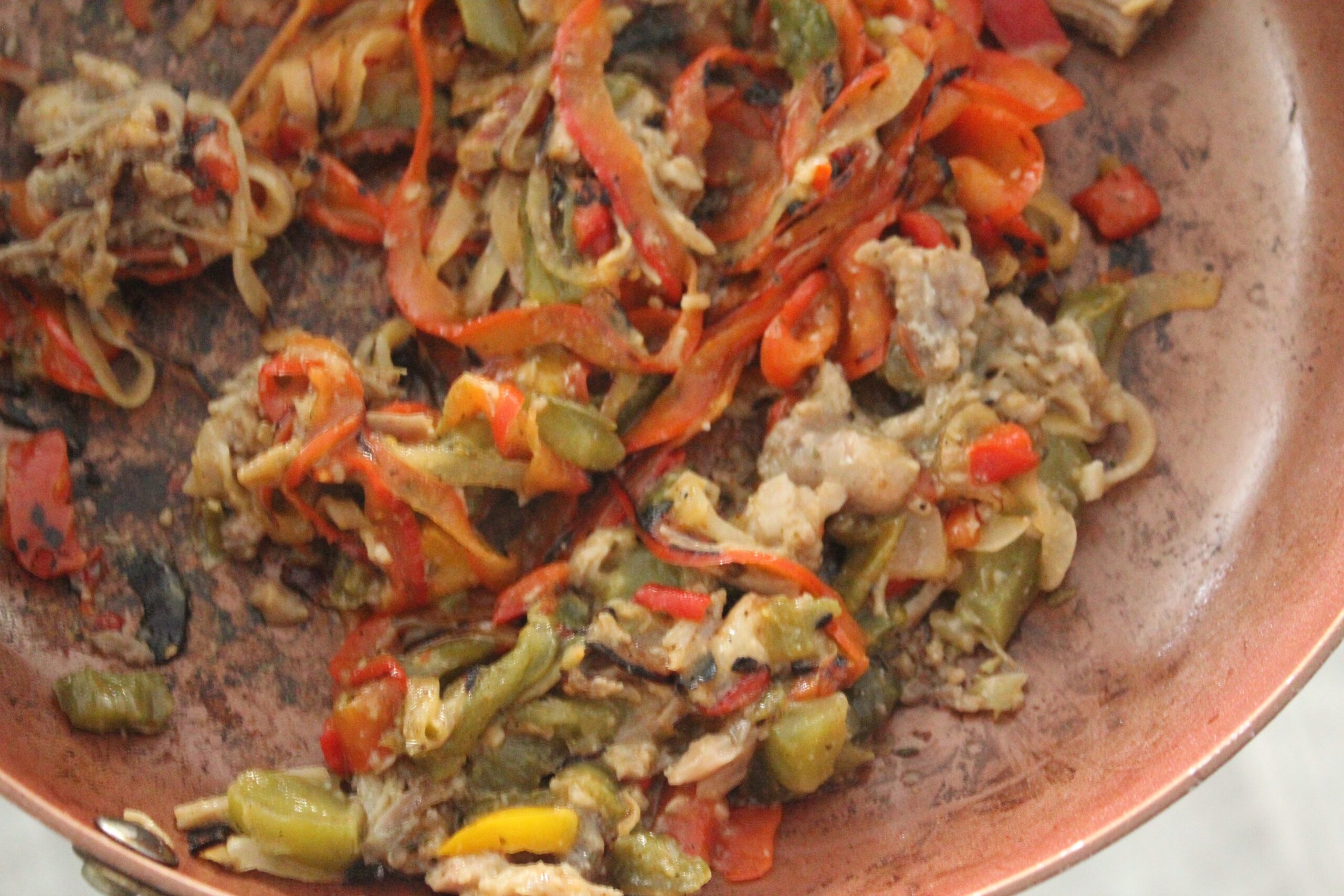 After spiralizing some peppers and onions, I added them to a skillet and combined them with the carnitas before loading up my taco shells.  Y’all are going to love these. 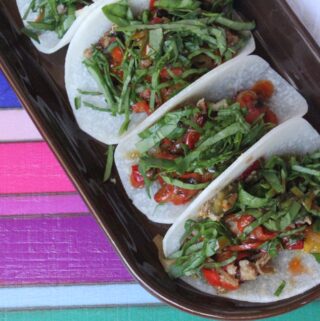 To Make the Jicama Taco Shells

To Make the Taco Filling