You are here: Home / breakthrough / From Feelings of Failure to Utter Inspiration {Part I}

Sometimes the universe gets involved in your day in a way that you don’t understand until it fully unfolds.  That’s exactly what happened to me tonight.

I spent the weekend doing all sorts of things that I love.  I spent a sweaty Friday night rolling out a new rug in my living room.  Saturday was filled with time well spent with friends.   Then on Sunday, I took a mini-staycation at a local hotel… spending the day with one of my girls day-drinking, sunning, and then spa-ing as we closed out the weekend.

All signs pointed to this being the beginning of the best week ever, after so many smiles and much laughter.  While floating in the pool yesterday, I had made a commitment to myself that THIS was the week I was going to get back on track, THIS was the week I was going to find that motivation, and THIS was the week that the magic was going to happen.  For me, that started with promising myself I would eat healthily all day (and everyday), get some extra self care routines in place, and add in some physical activity during the week as well.  As I mentioned to my friend Shantel at the pool yesterday – – my plan was to SHOW UP this week and get back in the groove.

As for Monday, my work day was excellent.  While Mondays tend to be my least favorite of the week, I arrived on time (surprise!), powered through all of my conference calls, and even booked the hotel block for my upcoming team meeting before heading out of Boulder.  I. WAS. WINNING.

I got home around 5pm with a goal of heading to the gym.  My friend Angela had texted me a sweaty photo that she had gotten her workout in, and I knew that I was next.  Albeit a little hesitant, I was going.

Truth be told, I’ve been paying for the gym for months, and I’m pretty sure I haven’t been there in about a year.  Today was the day.  I was going back.  I changed into my workout clothes and headed in that direction.

When I pulled into the parking lot, something ugly got in my head.  Geneen Roth calls this voice the “Crazy Aunt in the Attic” and well, she had lots of things to say today…

You don’t have a membership card to scan in, and you’re going to have to explain yourself to the front desk people.

This is going to be so awkward.

What if the computer tells them how long it’s been since you’ve been here?  How embarrassing.

What if you get bored on the treadmill?  You should have brought a book.  Maybe you should go home.

Your thighs look awful in those pants.  You should have changed them before leaving the house.  People are going to laugh at you.

So, I did what any other 41 year old would do, I sat in my car waiting for the courage to open the my car door and walk toward the building.  That’s the thing about doing things that are hard or things that you’re afraid of.  It’s really that first move that’s the hardest.  Whether you’re saying hello to a stranger, walking into a party alone, or jumping out of an airplane, that first move is the toughest.   In this moment, I was struggling to open the car door.

After about 7 minutes of fumbling with my phone, a Jeep pulled up next to me.  I looked to my left to see who else was going to the gym, and frankly… to see if they could bring me courage, offer a smile, or heck… maybe just be a girl like me that was doing it.  As expected (and predicted by that awful voice in my head), the person next to me immediately shut off their vehicle, opened their car door, and got out.  A strong, badass kind of lady, wearing a tank top with guns-a-blazin’… nothing was stopping this powerhouse from destroying it in the gym.

Now, her next move was the one that I wasn’t expecting.

My new car is black and has tinted windows.  It hides me a little more from the outside than my old car, and apparently this didn’t set well with my new neighbor who peered in the window at me, clearly wanting to see who was inside.  Then, as though that weren’t enough, she puffed out her chest in a “come at me, bro” kind of way before offering a dismissive wave and heading toward the gym.

Um, after sitting in the car for about 7 minutes afraid to go into the gym, now I’m nervous of this person being in there too.  Thanks a lot.

Despite my friend Angela reassuring me that I could do it, it was too late.  My decision was made and I drove away.  I had just failed at doing what I told myself I would do today, what I told my friends I’d do, and I felt like this was an all-too-familiar story.  Slowly (and silently), I could hear the judgment being cast upon myself: You can’t even go one day.  Seriously, why are you afraid of this punk girl?  Go back in an hour, she’ll be gone.  Of course, you’re going to go home and have dinner… and then never go back.  I don’t even believe you when you say you’ll go tomorrow.

I stopped at the grocery story to at least do ONE of the things that I had planned.  I needed more oats for the overnight oats I’d been eating for breakfast this week.  I grabbed a container of oats, decided I needed a few cans of beets (because beets are my jam), and got in the car to head home.  Before I started the car, I decided to take a peek at my phone… and I saw that my friend Kristy in Nashville was going to see a Rachel Hollis movie tonight with her mom. True story:  I didn’t even know there was a Rachel Hollis movie in theaters.  I mean, I didn’t even finish her book, and I mostly wanted to go home and eat the leftover steak and sweet potatoes I made over the weekend.

But for some reason, I thought this might be a cool movie to see with one of my movie-loving friends over the weekend.  I searched for movie times, and much to my surprise, I found out that this documentary was being shown tonight and tonight only with showtime about 45 minutes away at a nearby theater.

Considering that all of this was happening so “conveniently” and the allure of snapping out of this  self-sabotage before it got crazy, I went ahead and purchased the ticket to the movie – – on a school night, to a movie I didn’t even know was playing, by a woman I actually stopped following on Instagram a few months back who wrote a book that I didn’t even finish. Knowing nothing about what I was walking into, I stuffed a bag of grapes into my purse and decided this movie was more important than dinner.  And I couldn’t have been more right about that.

Shoutout to the lady at the gym who made me uncomfortable in the parking lot.  As Rachel would later share in the Made for More documentary, things don’t happen for a reason… but there is meaning in everything. 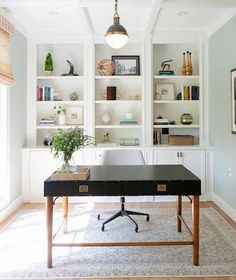 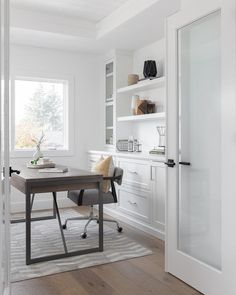 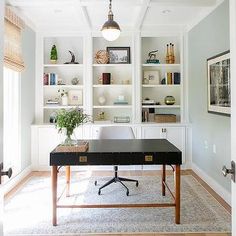